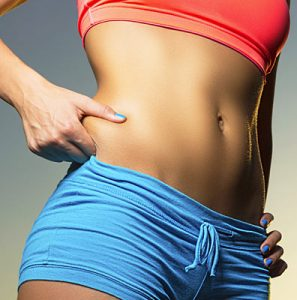 For many years, Liposuction has been the preferred choice when it comes to fat removal.

However, a novel contouring procedure known as VASER, which is short for Vibration Amplification of Sound Energy at Resonance, but commonly known as LipoSelection (which is less of a mouthful), is now helping people lose weight and gently reshape their body without significant pain or downtime.

Compared to Liposuction, which is now regarded as a more invasive treatment, often causing swelling and bruising, LipoSelection uses state-of-the-art ultrasound technology that enables it to differentiate fat from other tissues including nerves and blood cells. The treatment only targets  the fat the patient requires removing, which is why there is less swelling and bruising.

Liposuction was first introduced in 1920, since then, enormous progress has been made in the procedure with new methods becoming mainstream every year. The latest technique of liposuction with VASER removes the unwanted fat from your body, thus creating a defined and sculpted body. The surgeon breaks up and emulsifies the fat prior to removal with an ultrasound probe which facilitates the liposuction process and reduces pain. VASER liposuction combines ultrasonic waves (inaudible sound wave) with liposuction technology where ultrasonic waves precisely breaks up and liquefies targeted fat without disrupting connective tissue, nerves or blood vessels while  liposuction technology safely removes the stubborn body fat with minimal to no damage to the surrounding tissue resulting in a limited bruising. The technique is becoming popular due to its quick recovery time, and less complications compared to the other traditional liposuction procedures.

Choosing which method and technique of liposuction is needed to remove unwanted excess fat is an individual choice and also something that your surgeon will help you decide.

However, it is important to understand the basic differences between these two methods of unwanted fat removal.

There are some variations in the method of Vaser Lipo such as Standard  VASER lipo, VASER Hi-Def, VASER 4D etc and depending on which method is used, patients may be advised to take some precautions like not to drive/fly or engage in any intense physical activity for a few weeks during recovery period. Patients can return to normal activities within a shorter time span, although there may be some discomfort following the procedure. But overall it is most effective and a safe technique among all other methods of unwanted fat removal from your body.

Qualified doctors and nurses will discuss the procedure before any treatment, explaining any possible side effects